Tess Johnson is The Inn at Riverwalk's resident athlete and a professional mogul skier on the U.S. Ski Team. She was born and raised in the Vail Valley, spending plenty of days skiing both Vail and Beaver Creek. Nowadays, Tess spends a significant portion of her year training and competing throughout the snowy world. She competed in the 2018 winter Olympics and we're rooting for her to qualify for the 2022 Olympics in Beijing. The start to Tess and the U.S. Ski Team's season was a World Cup in Ruka, Finland.

Tess gave us some insight on what it's like to train and compete in a place with just a few hours of sunlight each day by taking over The Inn's Instagram for the day. You can see full details on our Instagram highlight Train with Tess!

Ruka Ski Resort is located in Kuusamo, Eastern Finland, far further north than many realize. In fact, it is so far north visitors can expect just 3 hours of sunlight in December and an average temperature of -11 degrees celcius, about 12 degrees farenheit! What visitors can also expect is breathtaking glimpses of the Northern Lights, excellent downhill skiing and over 500 km of cross-country ski trails. 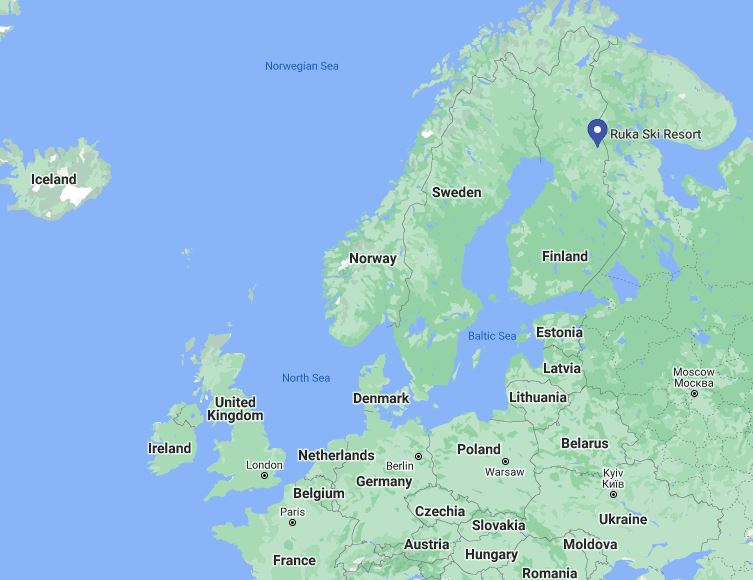 Where does an Olympic mogul skier find the moguls?

This seems like a silly question at first. The average person would assume someone, maybe an employee of the ski resort, builds them in advance of world-class atheletes arriving for practice. Nope! These women build their own practice course from scratch, which takes a lot of shovels, climbing, and patience. 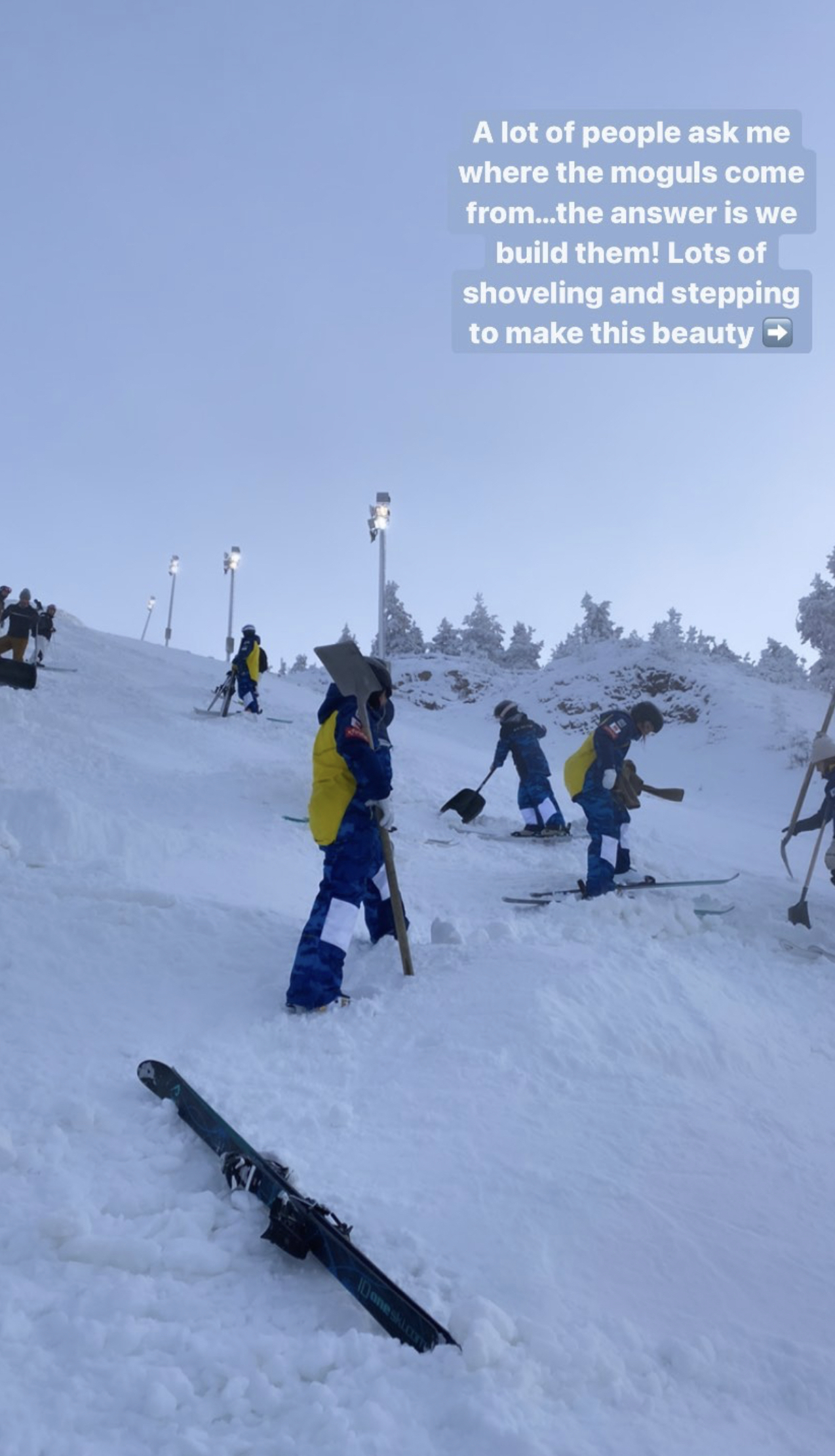 What does the team do to pass the time when they're not training?

These ladies spend a lot of time together creating a positive environment and solid friendships. Seriously, we've never heard someone gush about her fellow teammates (and competition) more than Tess. Just 5 minutes of hearing the love and respect Tess and her teammates have for each other will have you running to call your friends to remind them how special they are to you.

Tess says the teams spends a lot of time relaxing, slowing down, and taking in their surroundings. They stretch and work out as you might assume professional atheletes would. They also partake in the very Finnish activity of enjoying saunas, read books, watch movies, and explore the area while appreciating the serene darkness of Finland in the winter. Tess says being in Finland often feels like being in the North from Game of Thrones, which is an accurate statement given the sweeping landscapes and constant snow cover. 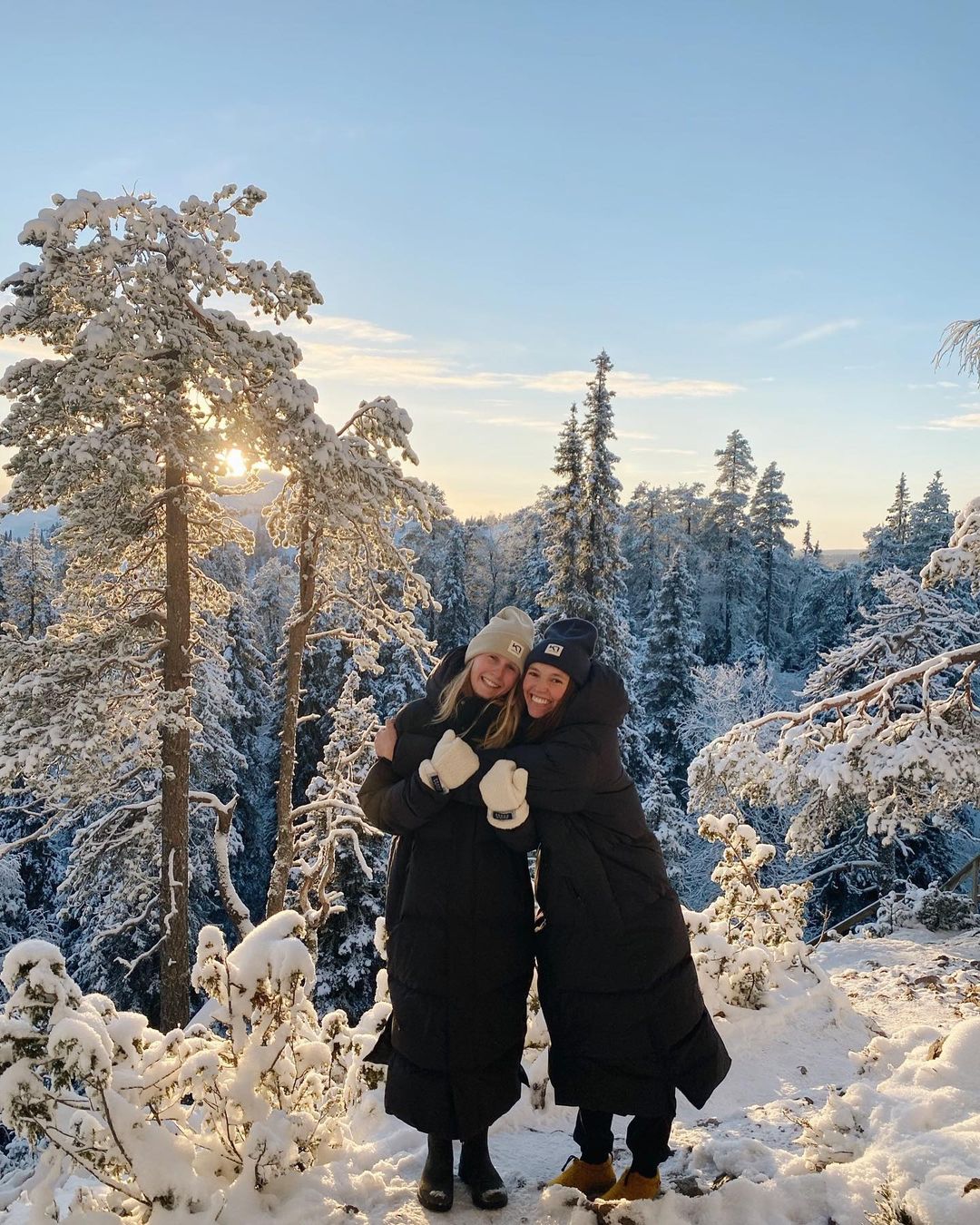 The results are in!

Results from the Ruka World Cup are important, as this was an Olympic qualifying event. Tess debuted a beautifully executed cork 720, a jump she's dreamed of bringing to competition for years now, and landed an 8th place finish. The cork 720 is a move she loves for the challenge but it's also an important trick that can score her major points in competition.

The next opportunity to see Tess and the U.S. Ski Team compete will be this weekend, December 11-12 in Idre Fjall, Sweden.